What is the “Black Hole” and how do you avoid being there?
Definition:
When the communication between the employer and the jobseeker have broken down. This usually leads to the jobseeker becoming dismayed and disgruntled.

After 14 years of operating The TireJobs Company I have learned a few things about the hiring process and the huge differences between employer’s practices and the jobseeker’s actions. The parties that communicate effectively definitely have the best results. This goes both ways.
You would think that both the employer and the jobseeker would have the same agenda. It’s just seems so simple. The employer has a need for talent and the jobseeker (right or wrongly) feels they are the person that can fill that need.
An employer receives information from the jobseeker and then decides to give them a call. The call goes great and both sides’ part ways to consider the possibilities.

The day of an employer goes by in an instant but the day of the jobseeker can seem like an eternity. The longer the time lapse between that first interaction and the next the more chance that doubt will set in with the jobseeker.
After the initial interview the employer goes back to work on the many tasks at hand. The jobseeker sits and waits. The jobseeker contemplates contacting the employer but they wonder if they will be viewed as too aggressive or as the dreaded pest. As time passes it makes sense that the jobseeker will get cold on the idea and begin to explore other options. If the employer has a real sense that they have a good prospect on hand they should communicate regularly. It really doesn’t take much to keep the trail warm. Just a simple email stating that they will get back to them as soon as possible. Or that they have others to interview and that the jobseeker can expect a certain amount of time before the next step. I can’t even begin to tell you how often the communication slows down and eventually the jobseeker drops into what I call the “Black Hole”. Silence! Sometimes jobseekers never get confirmation that they will not be hired or granted another interview.
I’m not talking about applicants that have never interviewed. I’m talking about the time lapse between the initial interview and the silence.
If the jobseeker is working with a recruiter like me it is paramount that they keep the recruiter updated on the progress. If I don’t know what’s going on I sure can’t help you. Often jobseekers that I have referred to employers do have that initial interview/conversation but never communicate the interaction to me. Thus, I have no start point to determine when to get back to the employer to request an update. Or, the job seeker doesn’t inform me they have been scheduled for a second interview. Some jobseekers never even bother to tell me that they have been hired. It happens more often than you would expect.
Never depend on the employer to keep me informed! They often don’t. Drop me a quick email with a progress report.

How to avoid the “Black Hole”
Jobseekers:
If you are working with The TireJobs Company it is wise to keep me informed of the progress. Just a quick email stating that you have received a call or an email from the employer can be of great importance. If I don’t know if you have or have not been contacted then I’m sitting in the “Black Hole” myself. Sometimes I can break down the communication barriers. But in all honesty sometimes I just can’t. I have done my best to avoid representing employers that send jobseekers into the “Black Hole”.
If I’m not representing you and you do find yourself in the “Black Hole” you should reconsider your desire to work for that company. If you created the “Black Hole” yourself by not responding to requests from the employer or me, shame on you.

Avoiding the “Black Hole”:
Communicate on a regular basis
Follow up when expected
Never leave any party to wonder what’s going on
Make yourself known but be respectful
Know when to bail out

Employers:
If a jobseeker sits in the “Black Hole” for an extended period of time you can expect them to have a negative impression of your company and to become leery of your company before they even start. Much about a company is revealed during the hiring process. Companies do get a reputation.
It’s not disrespectful to decline employment to a jobseeker. That’s your right and the jobseeker respects that. But, they don’t appreciate being sent to the “Black Hole”. 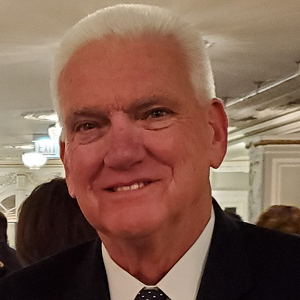